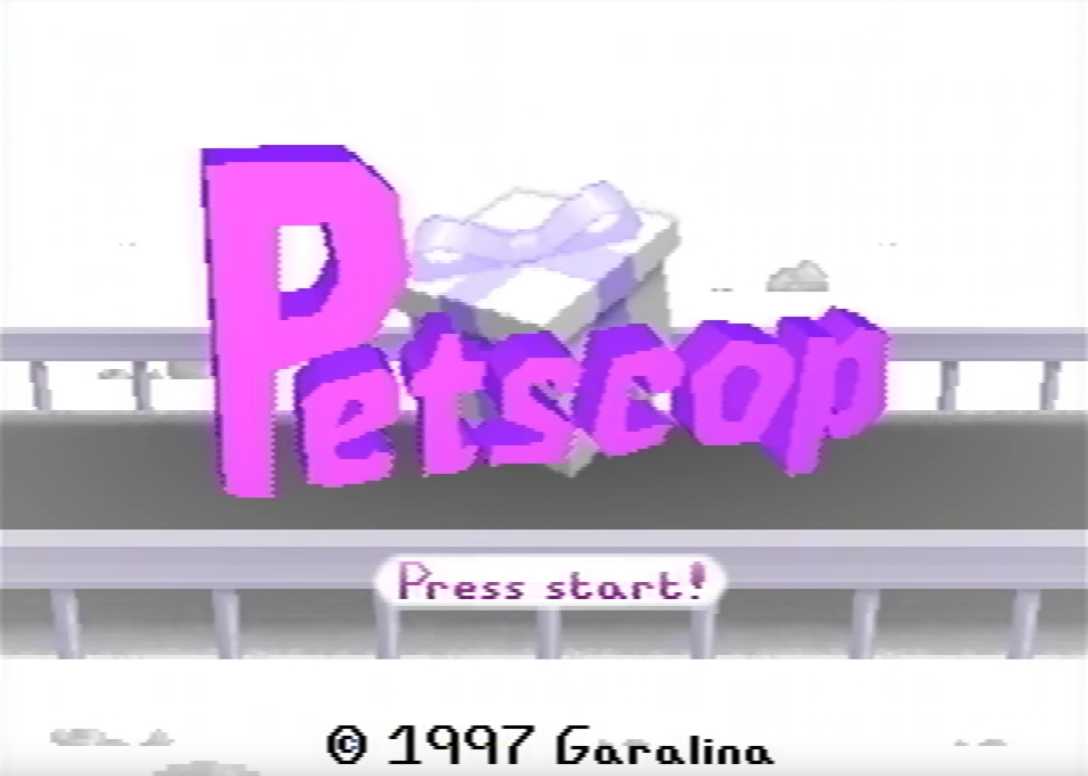 Apparently I’m pretty late on this one as it initially started in March 2017, but when I discovered Petscop yesterday I knew I had to write about it.

If you’ve sat up at 3 AM reading creepypastas about obscure games being found at yard sales that may or may not be haunted Petscop might be right up your ally as that’s pretty much what this is in video form. There are subtle elements shared between these mediums, albeit without reaching the “hyper realism” level of absurdity that creepypastas tend to end up on by turning everything up to eleven in an attempt to scare the reader.

Petscop is an ongoing webseries revolving around a teenager named Paul who is playing a fictional PS1 game he received as a Christmas present in a blind Let’s Play format. His playthrough starts off innocently enough as footage he made for a friend in order to document the game, but for reasons still largely unknown as of yet he’s pretty much forced against his will to keep playing and recording footage of it for an audience to see. Clues are scattered all throughout this series in the form of single frame occurrences, odd sound cues and cryptic dialogue intended for the viewers to pick apart and attempt to piece together the full story with.  I won’t give away a lot of plot details, but let me tell you it gets pretty intense later on. The storyline delves into very dark themes, and is certainly intended for a mature audience so keep that in mind.

Dispite only discovering it, I’ve binged watched the entire thing (12 episodes as of writing this piece) and it’s quite unbelievable how well all these elements mesh together in order to make a compelling, but very disturbing narrative.

First off, there’s the fact that the game looks so authentic. It really taps into the whole bizzarro world factor many old PS1 games share with their low resolution graphics and limited draw distance that ups the creepy factor on its own. Dispite likely not being a complete playable game they intend to release once the series is over, someone has actually programmed this to function properly for the scenes required and gone to some lengths to make it as true to our childhood as they possibly could.

Secondly, the horror element is done just right in my opinion. Besides intentional cheesiness meant to replicate that of an actual Let’s Play, nothing is really over the top. At times it even comes off of as slightly mundane, but it’s the feeling of uncertainty and not knowing what to expect that keeps you on the edge of your seat throughout. While I’m on the topic, the sound design is phenomenal. There are in-game noises for footsteps, dialogue prompts and picking up collectibles that really adds to the immersion and builds the atmosphere of the in-game world in a way that is very unique to this series.

Lastly, there’s Paul himself. As a protagonist he’s definitely charismatic enough to lead the series and his performance throughout is highly believable. His jump cuts and occasional stutters lend well to the idea that he’s recording himself playing a game. There’s even certain points where he leaves the footage on when he’s not present in order to experiment with game progression. His reactions are quite subdued, which  compliments the games subtle nature nicely and makes him very complex and well-rounded as you ponder what role he plays in the bigger picture and how he ties into the main narrative.

Overall, I’d definitely recommend Petscope to anyone who is a fan of video game creepypastas but doesn’t mind a series that gradually builds up the horror aspects. It’s a slow burner for sure, but one that I think will be remembered quite fondly with time. Especially among those who have a form of attachment to the PS1 era of games and are familiar with the presentation of Let’s Plays from its origin point and beyond. If this series was available for purchase, I’d buy it in a heartbeat.